After more than a month sheltering in place, the shift of the world has sunk in. I have sat in an empty building for five weeks now. While some of that time was spent navigating the overwhelming technological shift that occurred for our congregation, life has demanded time for meditation. For centuries, Christians have relied on the psalms for reflection. So recently, I have come again to this little book of praises.

Henry Nouwen once wrote about Psalms,

“Slowly these words enter into the center of my heart. They are more than ideas, images, comparisons: They become a real presence. After a day with much work or with many tensions, you feel that you can let go in safety and realize how good it is to dwell in the shelter of the Most High.”[1]

The first psalm is like an overture that opens a great opera. It introduces the rest of the psalms. In Mozart’s overture to The Magic flute, the first three chords, bum…, bum bum, bum bum, is all you need to recognize the piece. The overture draws in the listeners. Likewise, the first psalm opens the hearer to a world of hymn and poetry, and of humanities’ encounter with the divine.

The first psalm begins with a beatitude.

A beatitude encourages readers to adopt a way of living that leads to a life that flourishes. It does this, ontologically, by describing what a person is. If you have read Jesus’ sermon on the mount, you might be familiar with beatitudes. Jesus tells his disciples and the crowd that is listening to him, that God blesses the poor in spirit, God blesses those who mourn, God blesses the meek. In the case of Psalm 1, blessed are those who delight in God’s instruction, they are like trees planted along the riverbank.

The Psalmist compares the result of a life spent meditating on God’s guidance, with the disastrous results of following the advice of people who act wickedly and ignore God. By making such a stark contrast between God’s guidance and the advice of the wicked, the Psalmist draws the reader into thinking about their way of life. One might ask, “how discerning have I been about the guidance I choose to accept?” While not causally related to this psalm, it reminds me of the choice Rehoboam made, listening to the advice of his friends, which resulted in a division between Judah and Israel (1 Kings 12). Rehoboam’s decision devastated the nation because he accepted advice from people who acted wickedly. The advice Rehoboam received prioritized coercive, dominating power, over the lives of human beings. His authority was diminished, and Jeroboam was anointed king over Israel. Just as in the first psalm, following the advice of people who act wickedly, resulted in disaster for Rehoboam.

The psalmist guides the reader down a better path, describing the life of those who follow God’s instruction as tress planted on a riverbank; not only are the planted in nutrient rich soil, they bear fruit each season. Does accepting God’s guidance mean life’s problems will fade away? The answer to that is an emphatic no; the psalms record all kinds of trouble along the way. As a beatitude, psalm 1 is not a piece of fantastic sentimentalism, it is the overture to a fruitful and joyful life depicted in the psalms. The psalmist guides the reader to the rest of the psalms to discover how life with God, is a sustainable and flourishing life even during chaotic times.

Over the coming weeks, I plan on doing a number of brief reflections on different psalms while we traverse this difficult and unprecedented pandemic in recent years. Feel free to join my on our Facebook page @ https://www.facebook.com/BurlingtonChurchOfChristMa/ 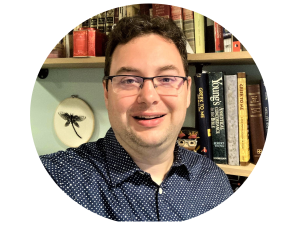